Masala Chapati Recipe is one of the best chapati recipe

Masala Chapati Recipe : Indian cuisine encompasses various regional cuisines. The history of Indian cuisine starts from 5000 years back when all the cultures and groups interacted with each other in India. This synergy led the country to provide various regional cuisines with diversified flavor. Roti, chapathi, paratha and phulka are known as the healthy and tasty recipes as they contain the goodness of flour and are less oily. In India, it is as popular as rice and no meal is complete without serving a delicious flatbread or chapathi.

Masala Chapati Recipe is popular and easy to make, people have it with simple or spicy side dishes. It can be made by using simple ingredients, which are available at every home. Masala roti or masala chapathi is a North Indian dish that is prepared for dinner and breakfast. Therefore, to make a tasty masala chapathi recipe you do not require extraordinary ingredients or you do not need to follow a long process.

Masala roti is known as Indian flatbread, which contains both the taste and goodness of nutrition into it. The masala chapathi or masala roti is different from the plain roti as it contains a variety of spices into it, which makes this recipe spicy and soft. The masala chapati can be made by using the regular ingredients that are available in the house. By using wheat flour and simple spices, you can easily make this recipe at home. However, you can use a variety of flours while making this recipe such as oatmeal, ragi, bajra and maze. The more types of flour you use to make this recipe, it will be more enriched will nutrition. This roti can be enjoyed with simple curd, pickle or raita.

However many people like to have it with a side dish such as baingan bharta, cauliflower curry, amla methi sukhi sabzi or cauliflower moong dal. The recipe is the right mix of a variety of spices and flour, which makes it an overall nutritious food. It is enriched with the goodness of various flour such as millet, wheat, ragi and bajra. Each of the flour contains many nutrients, for example, Millet has plenty of nutrients and gives a sweet nutty flavor. It contains lots of fiber and the sugar level is low. As it contains a low glycemic index, it helps to reduce the blood sugar level. The lists of the ingredients are given below:

At first, pour the wheat flour into a large bowl and add all the dry masala into it. After adding the spices, combine it well and add the curd into it. Now sprinkle a little bit of oil or ghee into it.

As the oil is added then mix it by using your fingers and palm. If the wheat holds shape then add the water into it. You need to add the water as required by pouring it in breaks.

Now, knead the mixture well and make smooth dough of it. As the dough is made, drizzle a tsp of oil or ghee over it and cover it with a cotton towel. Keep the dough to rest of about 15-20 minutes.

After 20 minutes, you can see that the dough became smooth and firm. Now, make small portions of the dough and give each of them a shape of a ball.

Meanwhile, put a tawa on the gas and keep the flame on medium heat. At the same time, roll each of the balls into a thin circle and dust some flour over it while rolling the dough portions. You can use a roti maker also to make the circles. Adjust the thickness of the chapati as you like.

Once the tawa is heated, place the roti on the tawa and let it cook for few seconds and keep the flame on medium.

As the masala roti, starts to pop up then flip the roti with the help of a spatula. After flipping the roti, spread some oil or ghee over it and on the side of the masala roti. Then cook the roti until it turns into brown and lightly crisp.

Once the masala roti is done, transfer it on a plate. Similarly, cook the other rotis by following the same process. You can put a piece of butter over the masala roti while serving it hot. It makes the taste of the roti richer.

Now serve it hot with raita, achaar, jeera aloo, cauliflower curry, baingan bharta as you like. However, it goes bets with raita and pickle

You can use kashmiri chili powder if you want to give your chapathi a good red color.

If you want to use ajwain in the place of jeera then it will give a tangy taste to your masala chapathi. If you are using jeera, then the roasted powder of it will be better for the dish.

You can adjust the spice measures according to your taste. If you do not like much spices then keep the measures as required.

The use of curd in this recipe makes the roti softer and it remains soft for a long time. If you do not want to use curd then you can skip this.

Use warm water while kneading the dough and allow it to rest for at least 20 to 30 minutes.

Make the masala roti thick than the normal roti to make keep it softer for a long time. If you roll it extra thin then it would become crispier. 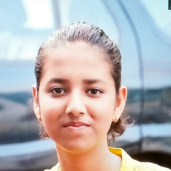 Onion Paratha: The Delight of Health and Taste